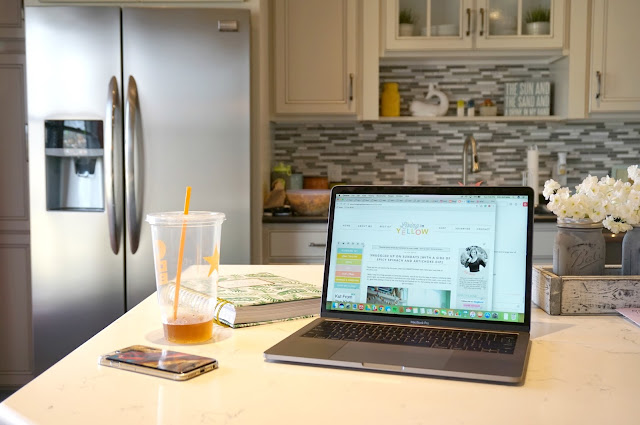 In case you haven’t noticed, I have had the worst case of writer’s block for the last…oh, two years. Nothing like a little dry spell every once in awhile you know? The weird thing is I have so much I want to say, I just don’t take the time to say it anymore. I used to be so diligent about showing up here every.single.day [the italics, bold and periods were put there to be overly dramatic and emphasize the daily part in case you didn’t pick up on that memo] to write whatever the heck was on my mind. But then, over time I allowed myself to get busy with the other parts of blogging and well, I kinda forgot to keep blogging. It doesn’t make a lot of sense when I say it like that, however, if you blog I am going to trust you know what I mean.

The thing is though, I miss it here. Like a lot. It’s hard when you feel like you have this thing that you were once so proud of and then slowly over time you watch it become something that you don’t really even like anymore.

Hi, I’m Erin and I kinda hate my blog.

The other day I was doing an interview with our local newspaper [that makes me sound so much cooler than I am, believe me] and she was asking me about my blog back in the early days with forwarding to present day and talking about where it’s at now from a growth standpoint. When you look at it out from an outsiders perspective, the growth of readership, the business that it has allowed to become, and all of the other positives makes it seem that it is thriving more than ever. And in a lot of ways, yes that is true. But in a personal, passionate, why I chose to start this blog in the first place way, it’s quite the opposite. It’s silly almost, but I didn’t want to do the interview initially because I didn’t want new eyes to come to my blog and think “really? people read her stuff? there is nothing of value here!” and walk away rolling their eyes. The thing is, I am that person who shows up, rolls her eyes, and walks away.

The past two years or so have been hard to balance this all. Between working two other jobs, trying to have a conversation or two with my husband every once in awhile, hanging out with friends in my spare time and other things in between, I haven’t been able to give this little ole space on the internet the time it deserves, or at least the time I want it to deserve. Just the other day somebody spoke so true on my Facebook page when they said something along the lines of how they love me and think I’m great and all, but how about something different for a change. I read the comment and immediately responded out loud with “amen woman, I’m ready for a change too.”

I don’t really know where I am going with this post, other than to say that I am beyond excited to start blogging again. My goal for 2017 was to accomplish more while doing less. In a few weeks I will be able to do just that thanks to those three little words “two weeks notice” and guys, I am pumped. And scared. But I will talk about those emotions at a later date. For now,  just know that we’ll get there. I want to fall in love with living in yellow all over again and I trust that the relationship is still there to be mended….blog, if you’re up for it, I’m up for it.

And on that note, I feel like I need to go write a handwritten note with “circle yes or no” and hand it over to this blog. Fingers crossed it circles yes 😉

Previous Post: « #NSALE Hits & Misses [Your Personal Guide To The Sale!]
Next Post: What To Pack For Your Next Warm Weather Vacation » #NSALE Hits & Misses [Your Personal Guide To The Sale!]
Annnnnnd, I am sweating. It turns out that trying on…