This is a sponsored post written by me on behalf of Rums of Puerto Rico . All opinions are 100% mine. 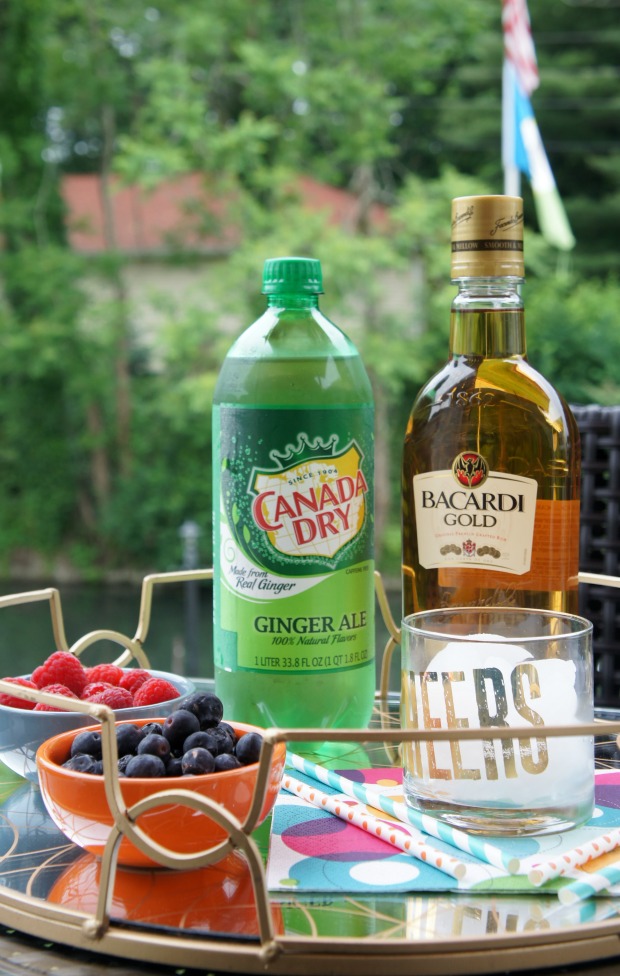 With Summer making it’s fine appearance I have been on the hunt for refreshing cocktails to serve up and I recently found just the ticket. Rum is typically my go-to while at home — combine that with my love for anything ginger and that’s where this baby was born. Well technically I didn’t give birth to it, Pinterest did, but you get the point. One thing to note before we get into the recipe is that there are several rums to choose from, however after a little investigating [see below] I have found Puerto Rican rum is a tried and true choice. Here is the recipe folks:
Blueberry Gin Rum-y
2 oz Bacardi Gold Rum
1 oz Ginger Ale
.75 oz lemon juice
Blueberries
Raspberries
Sugar
Directions:
Pour the above liquids over ice.
Garnish with fruit and toss in a little sugar to sweeten it up.
If feeling frisky muddle the blueberries and raspberries before pouring everything else in.
Drink up and enjoy! 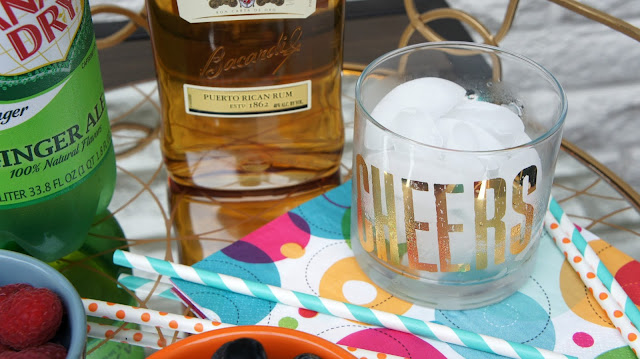 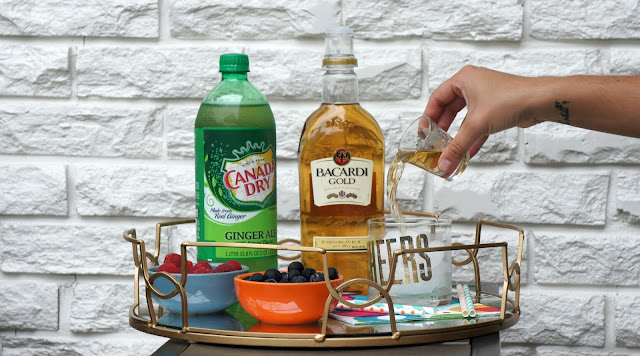 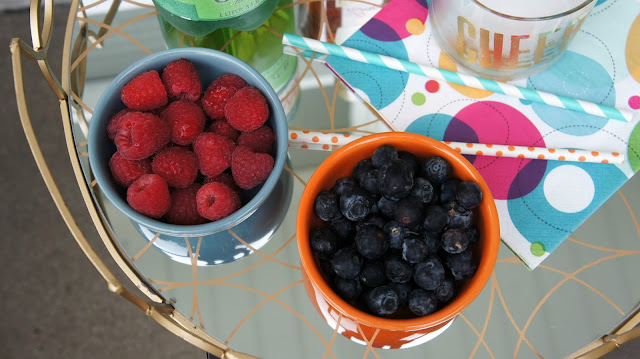 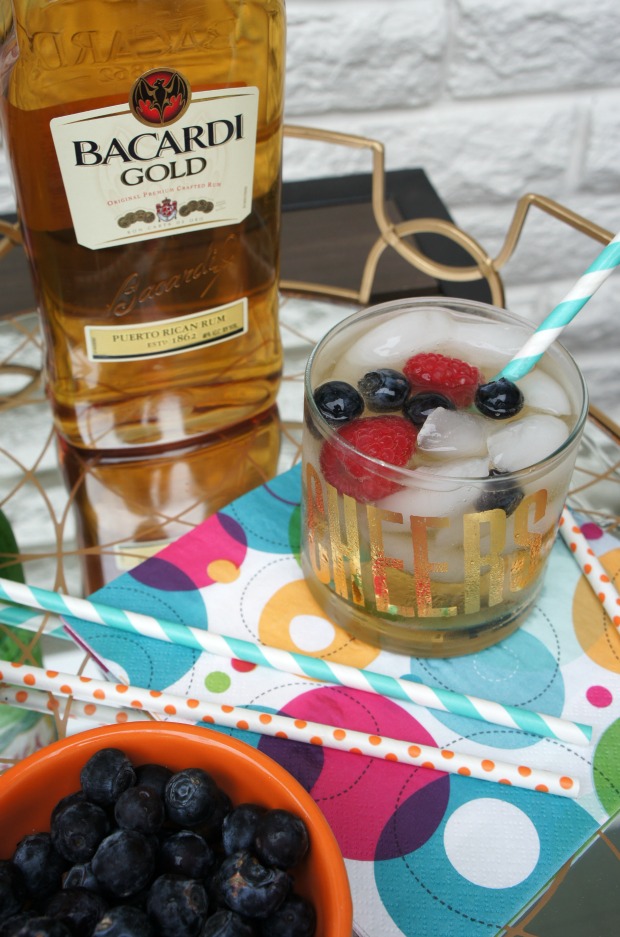 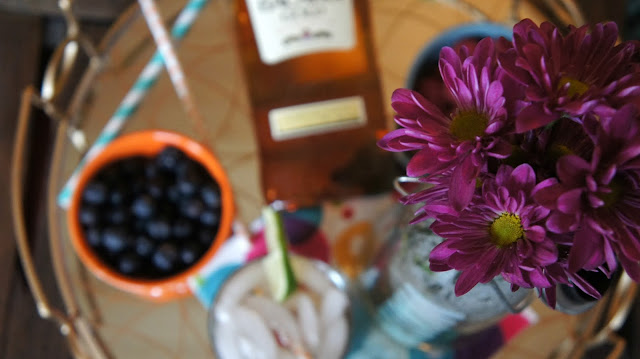 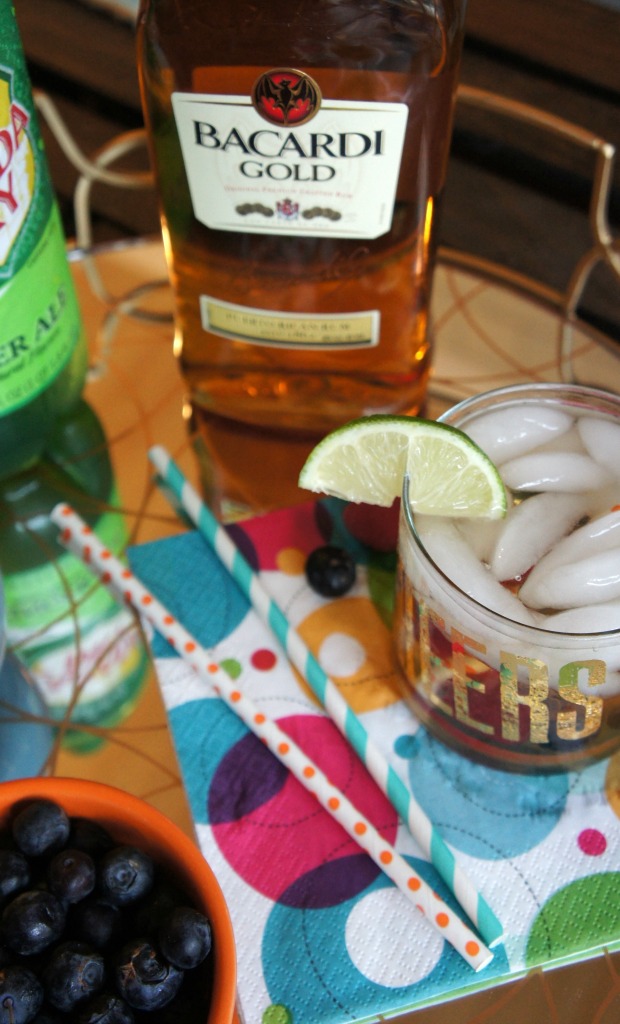 This recipe was inspired by the new HISTORY.com It’s Rum Time web series. I had no idea before tuning in but apparently Puerto Rico has been distilling rum for more than four decades making it the Rum Capital of the World (say whaaaaat – next vacation spot, check)!

Check out It’s Rum Time here and let me know your thoughts on the new series. By watching you are able to see the country and all of its history in ways you have never seen before. This series highlights the after parties to great accomplishments such as the invention of the light bulb by Mr. Thomas Edison himself. Because who wouldn’t party after creating electricity? Also, who knew that rum was around before electricity itself..clearing proving what is more important here 😉

I feel like I need to go do something awesome and yell “It’s Rum Time!” now. Watch this fun video below, you’ll totally understand what I’m saying.
What’s your favorite rum inspired cocktail?

Poppin’ Bottles In Honor of Summer »