How to Care for Your Closet + Everything in It

Care For Your Closet Welcome To The Cabin: Home Tour How To Style Your Shelves Kitchen Organization: How I Organized My Entire Kitchen In 4 Hours Amazon Basics: The Brand That Has It All The LIY Team’s FAVORITE Purchases of 2020 A Peek Inside the LIY Team Offices Getting Dressed Up [And Down] With FARFETCH 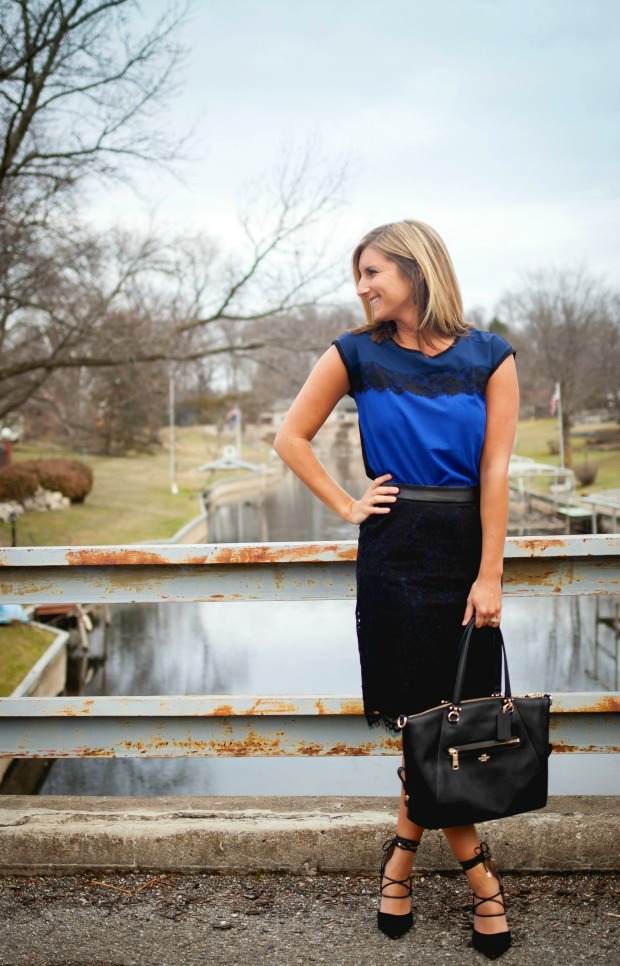 top // skirt // purse // shoes
We all know by now that I am typically a cheapskate when it comes to clothing and accessories. I think it came from a quantity over quality mentality that I adapted at an early age. If I only spent $10 on one shirt but had $50 in my pocket it meant that I could buy 5 of them. It didn’t mean that I needed 5 but you know, second graders like a bunch of stuff. And then just recently I discovered this awesome website that had SO MUCH STUFF but it had words like “designer” and “luxury” and it was a whole new vocabulary for me to learn but I quickly caught on and liked what I was seeing.
A few clicks later at FARFETCH and I was pretty much set for life. Because I’m only a fancy person 5% of my life I stuck with 5% fancy and 95% casual items. I gotta say though, I think the fancy wins. Lets start with these Sam Edelman Dayna Pumps, also known as the most comfortable pair of sexy heels I’ve ever worn. 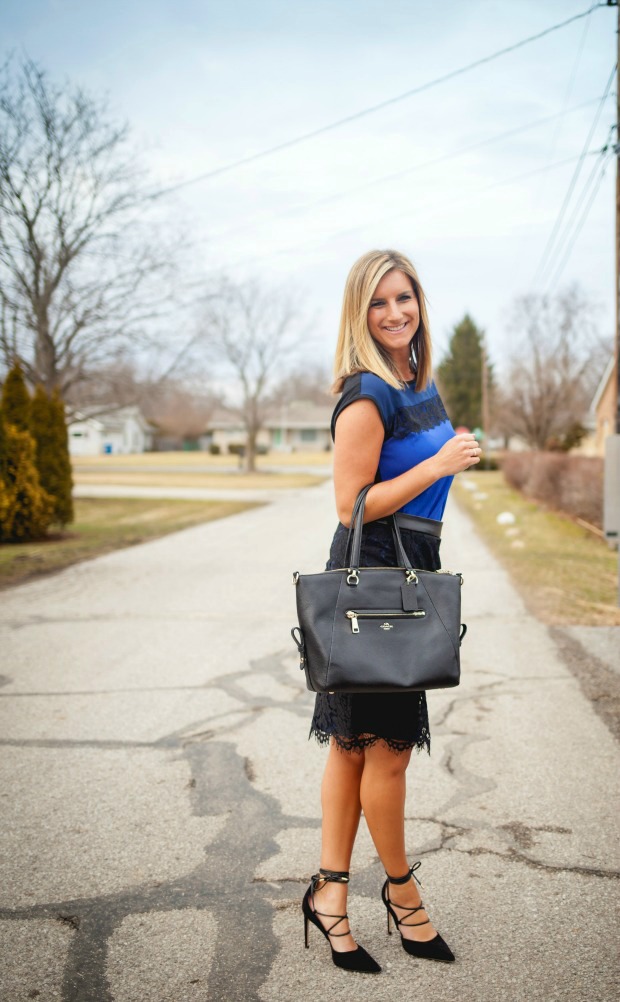 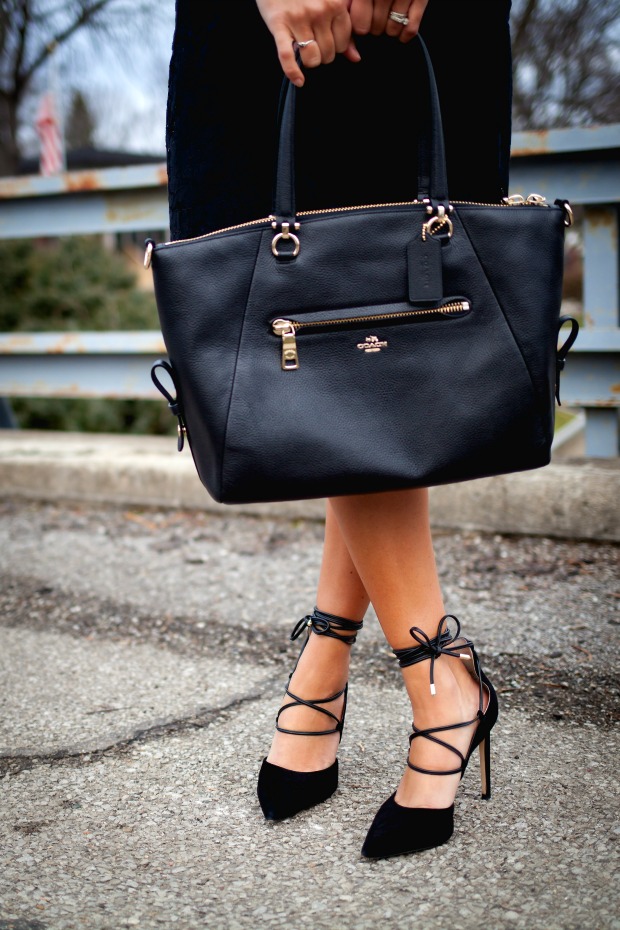 I could wear these babies all day which is exactly why I did.

Of course heels don’t really stand a chance against sneakers. And so that’s why I snatched up these New Balance 996 Sneakers which are laced in gold [it’s gotta be real right? ;)] 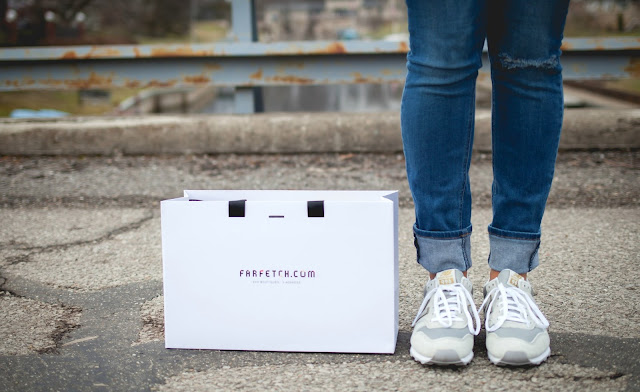 So I’ve been on a hunt recently for a good spring and fall jacket because for years I have had absolutely zero. I either sweat in a heavy winter coat or I freeze in nothing. When I laid my eyes on this Herno Classic Trench Coat I was all “yessssssssssssssss”. I tell you what people, quality stuff that coat is. The label alone makes me feel like a royal princess. If you see me in this from here on out well, just know I’m happy. 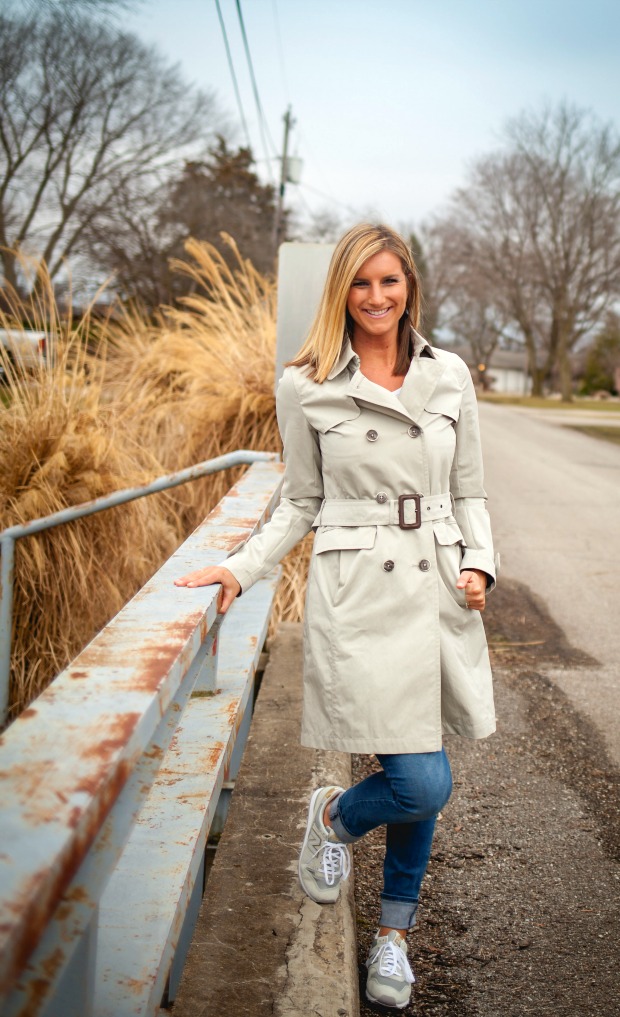 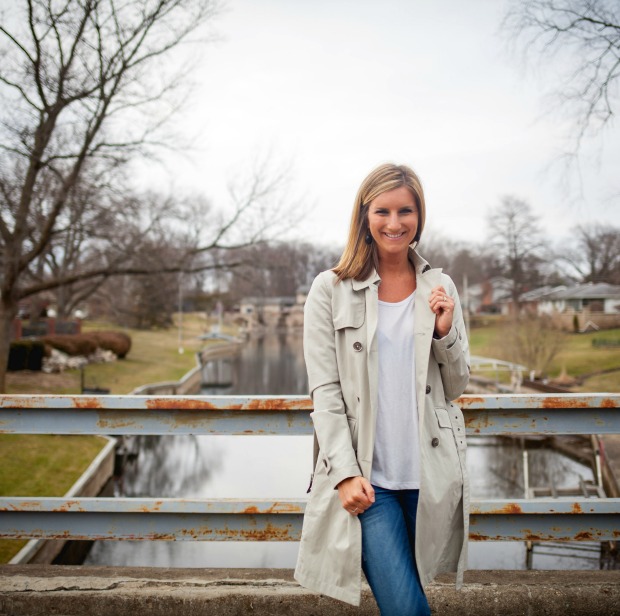 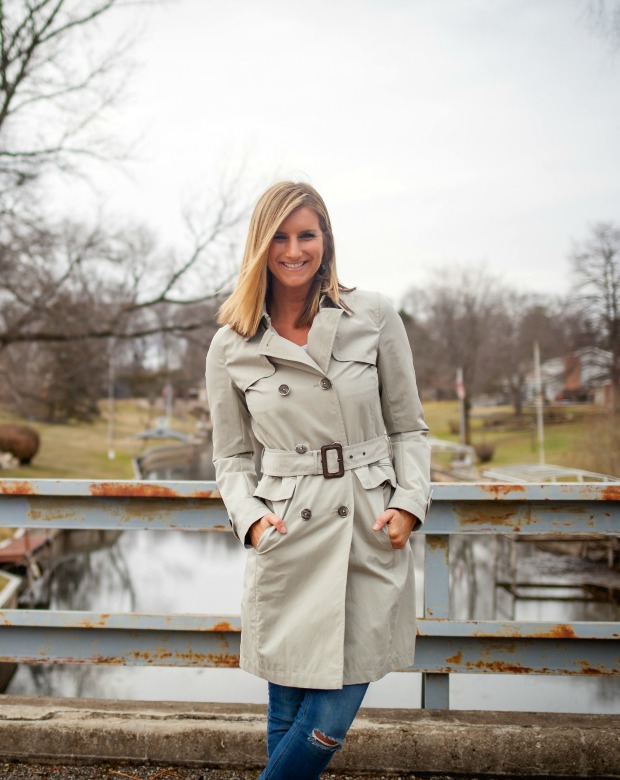 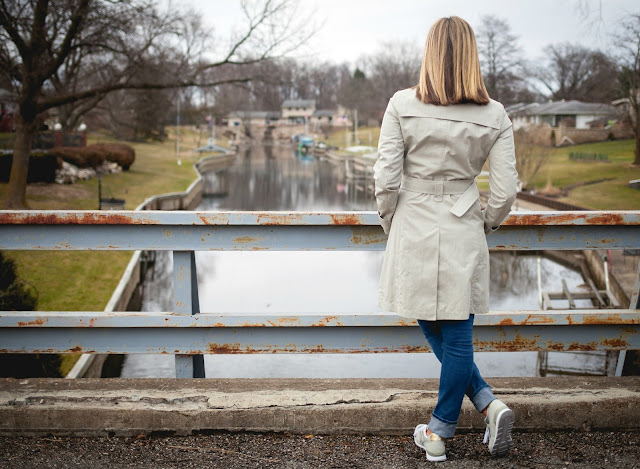 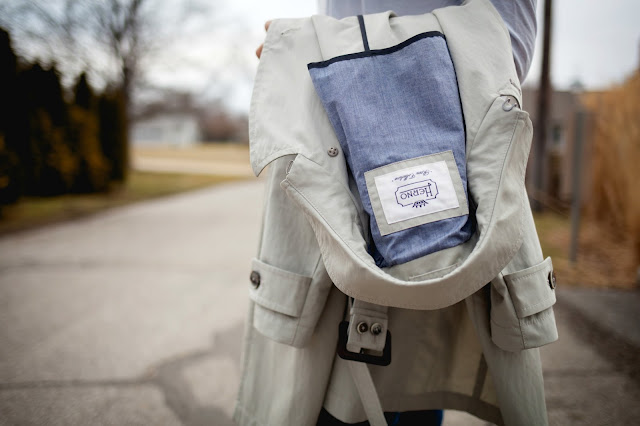 Oh. And now I own a Coach purse apparently which means I truly am an adult. Or at least a senior in high school because I’m pretty sure every one of those had a designer purse before me. It turns out that designer also means “won’t fall apart after one use” so the hype, I get it now. 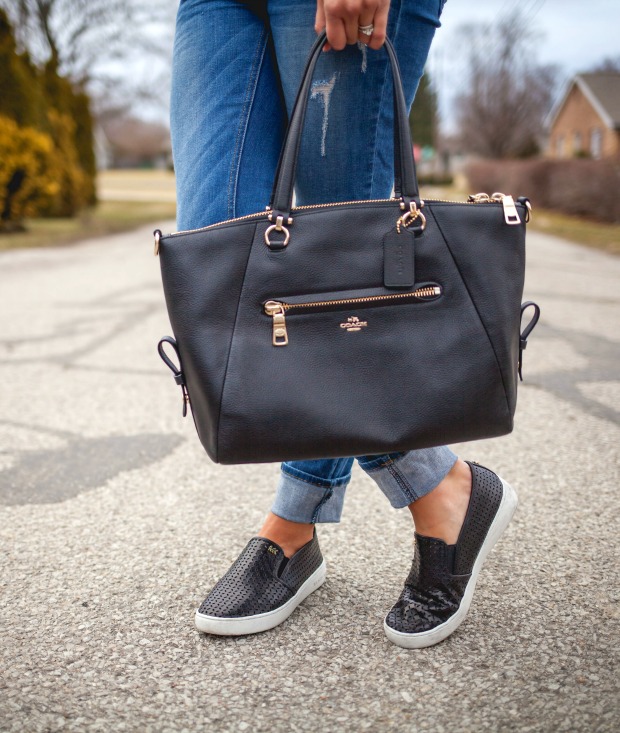 shoes
Last but certainly not least, the shoes I have been sporting the most recently – these Michael Kors slip-ons that are as comfortable as they look. I wore these babies all over Chicago this weekend and I want them in every color now. Remember that whole quantity thing. Still not over that mentality apparently. 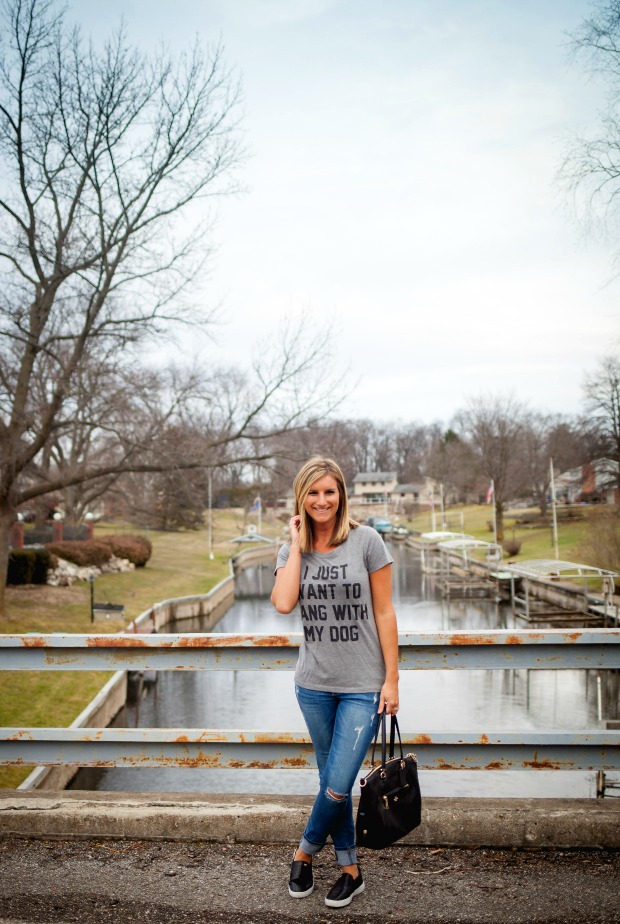 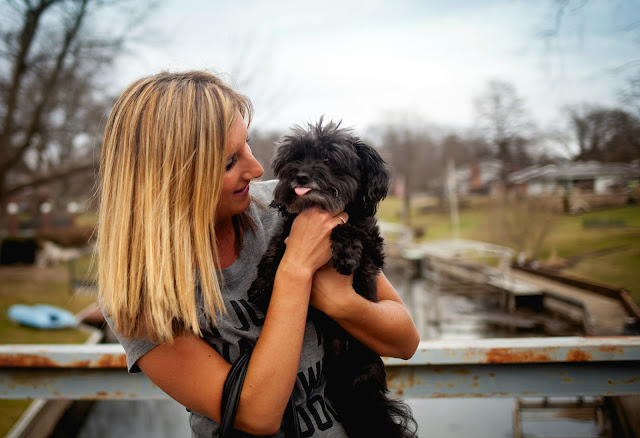 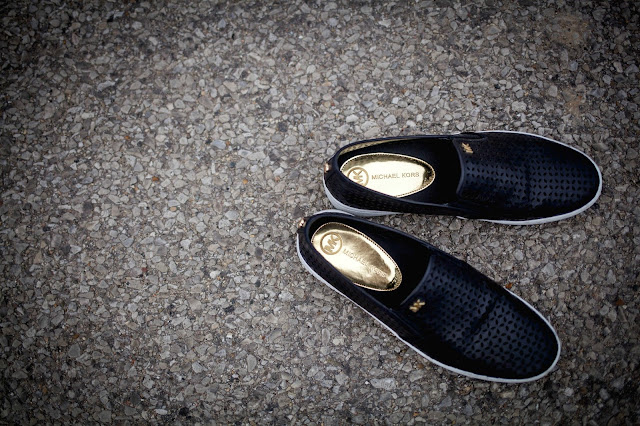 shoes
[all photos shot by the beautiful and talented tina herschberger photography / my blog would be so lame without her]
If you couldn’t tell from above, if you are looking for ANYTHING and I mean anything, FARFETCH is your place. Did I mention that these items shipped from places all over the world [literally – Italy, Poland, etc] and arrived in TWO days. It’s magic. Check it out and get down with your shopping self.

disclosure // thank you FARFETCH for partnering for today’s post. If it wasn’t for you I wouldn’t look nearly as cool.

Let Your Voice Be Heard!

Comments Off on Getting Dressed Up [And Down] With FARFETCH

How To Throw A Bachelor Finale Party // The Necessities »

« Girls In The City [Chicago]

A few weeks ago we asked Y-O-U, our Living in Yellow community, to spill your secrets. Beauty secrets, that is. From skincare tips and tricks to haircare hacks, you did not disappoint. Turns out, we’re not very good at keeping secrets. Spoiler Alert: if you see me blotting my face with receipt paper, mind your […]

Let’s face it. We spend a lot of time [and dolla dolla bills] stocking our closets around these parts. And if you’re anything like us, maybe a little more time than most. 😉 So with a well stocked wardrobe, comes necessary upkeep. Because hey, when you pride yourself in your closet, you might as well […]

How to Care for Your Closet + Everything in It

Care For Your Closet

Welcome To The Cabin: Home Tour

How To Style Your Shelves

Kitchen Organization: How I Organized My Entire Kitchen In 4 Hours

Have you heard of the Amazon Basics brand? Allow me to introduce you! Amazon Basics is from none other than, you guessed it, AMAZON! One deep dive into the brand page and you’ll quickly realize they offer everything from ibuprofen to gel pens to hammers to suitcases. The list is seriously extensive, and covers a […]

Amazon Basics: The Brand That Has It All

The LIY Team’s FAVORITE Purchases of 2020

A Peek Inside the LIY Team Offices