How To Throw A Euchre Party 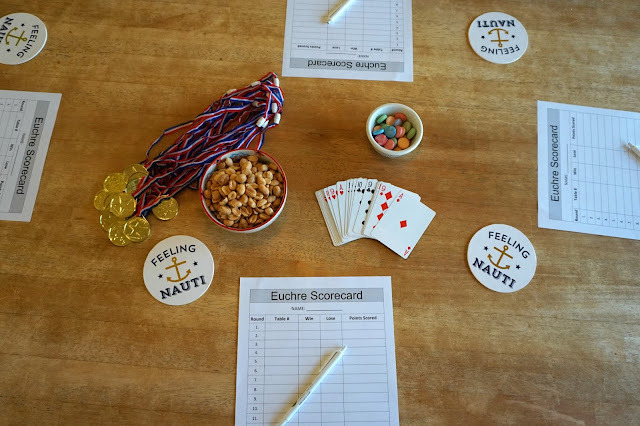 Saturday night Shawn and I hosted a euchre tournament with 20 of our card loving friends and it just so turns out that it was probably one of the more fun evenings I have had in 2016 so far [the shots of patron may have had a small part in that but whatevs]. The thing is, when you live in Indiana in the middle of winter there is truly nothing to do so cards it is. Thankfully when you have really fun friends, booze, good food and even better music, having nothing to do is the best thing ever.
Now, I know many of you have no idea what euchre is, however I challenge you to learn the game so that you can throw a party with your friends [here’s a youtube video that can help].
For those of you who do know how to play euchre, awesome. Here’s all you need to know/do.
First up, invite people. We ended up having a total of 16 of us who were playing, which meant we needed 4 tables set-up. 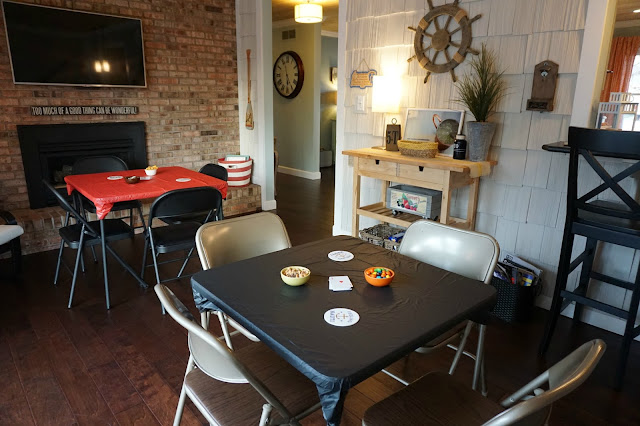 Second, make great food and bust out the cocktails. This is really necessary for everything you do in life. If you need help with your menu, may I suggest these pulled pork sandwiches with bacon broccoli slaw, the best baked beans and homemade macaroni and cheese. Encourage your guests to bring a snack item to share because hello, snacks forever. 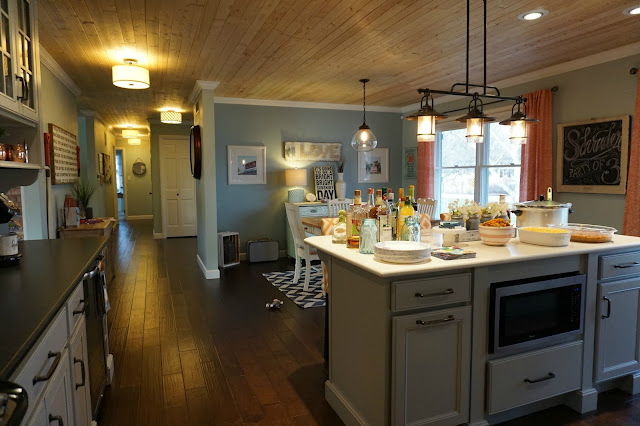 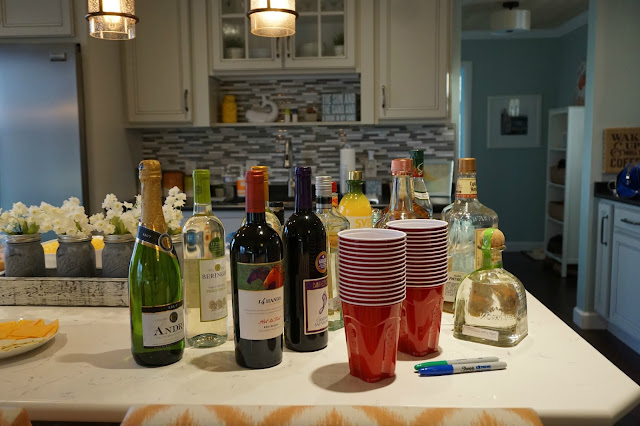 Third, garnish the tables with the necessary cards, snacks, punny coasters, score cards [found here], pens and table signs. Buying really expensive fancy medals from the dollar store to be handed out to the winner(s) is also a good idea. 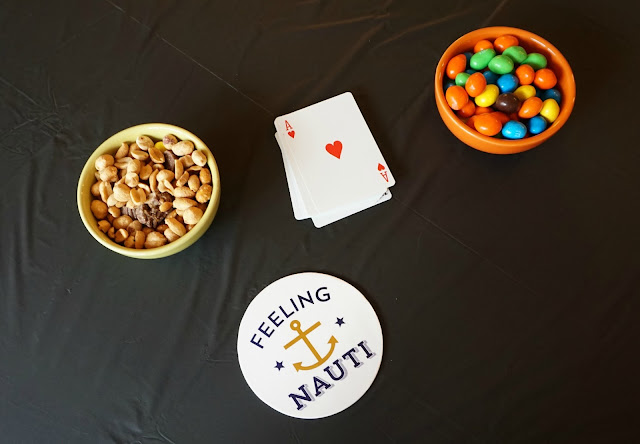 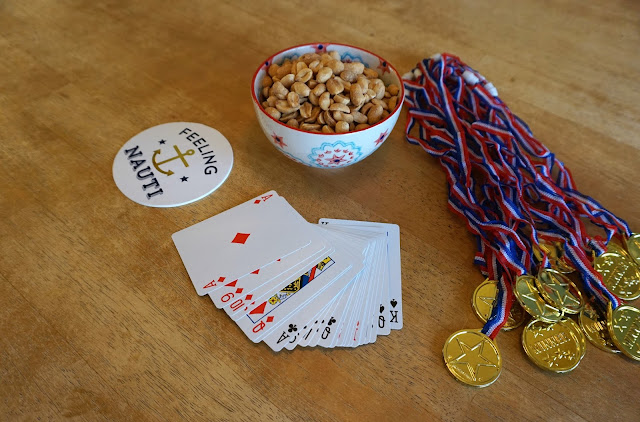 Fourth, decide how you are going to play. Because we like to keep things interesting, we decided to play in the following way:

1. We all started the first round with the person we came with/live with/sleep with/sometimes want to punch in the face/and all that other good stuff and picked a table.
2. We set a timer for 12 minutes and played our brains out to try to get as many rounds in as possible during that time to maximize our points.
3. At the end of the 12 minutes each person wrote down their score on their own scorecard and the couple who lost got up and went to the next table while the couple who won stayed but each moved one chair to partner with the losers who joined the table (meaning you are switching partners every round).
4. We decided to play 10 games which equaled 120 minutes + the down time in between each game to fill up drinks, break out into Adele songs, and eat cupcakes.
5. At the end of the 10 games we had each person tally up their total score and we awarded the top female and the top male with the cash that we initially all put in ($10 per person) meaning they each took away $80 for the night.
6. After awarding prizes, take a shot of patron and dance. The end. 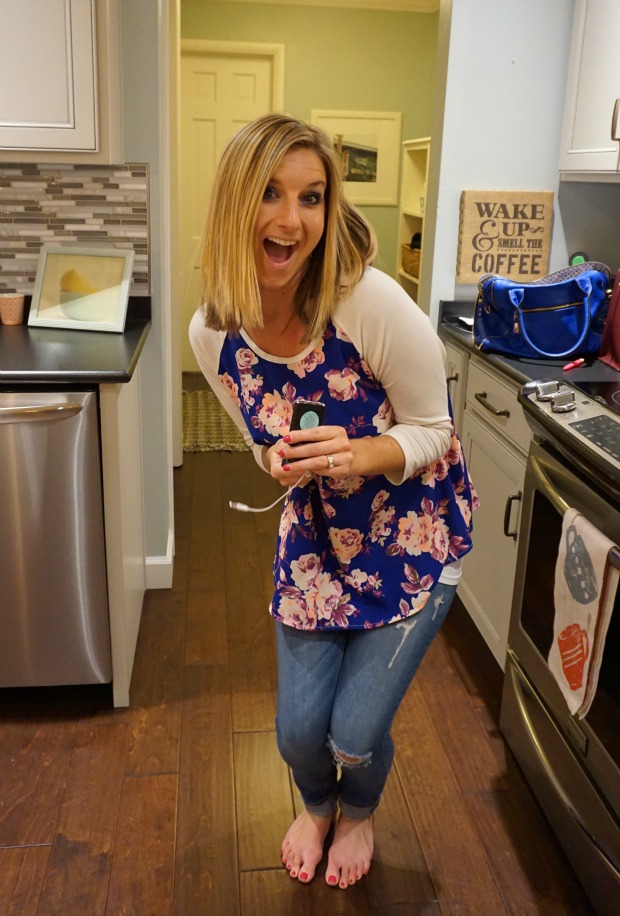 Here’s some photos from the evening – enjoy the serious faces, men yelling, dogs on laps and cards..lots and lots of cards. 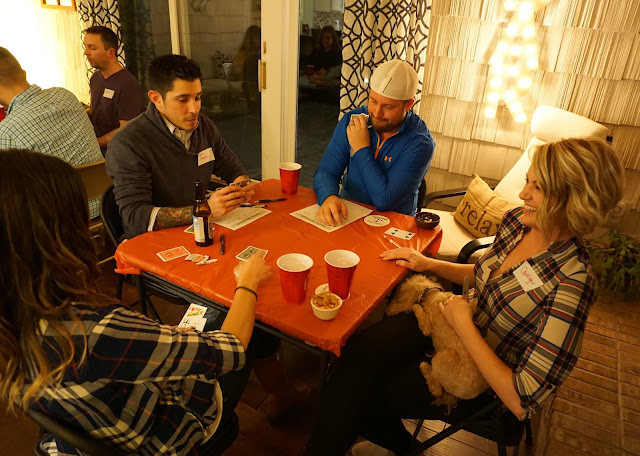 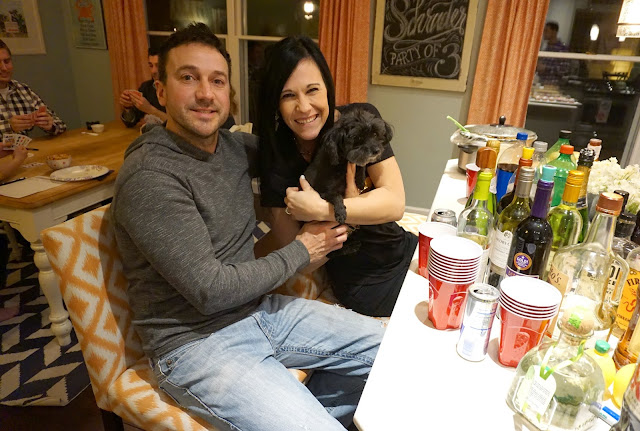 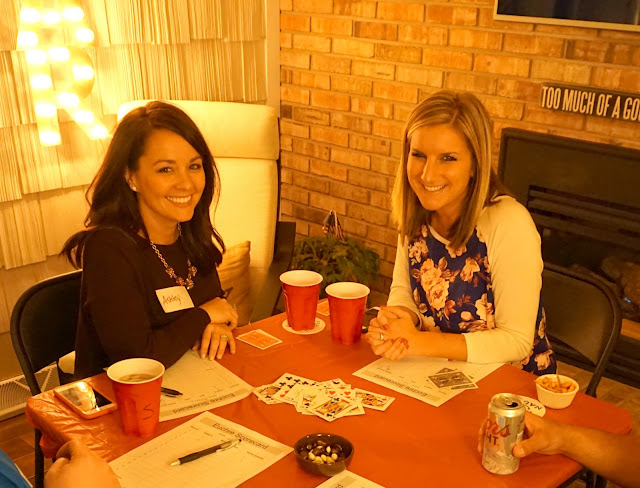 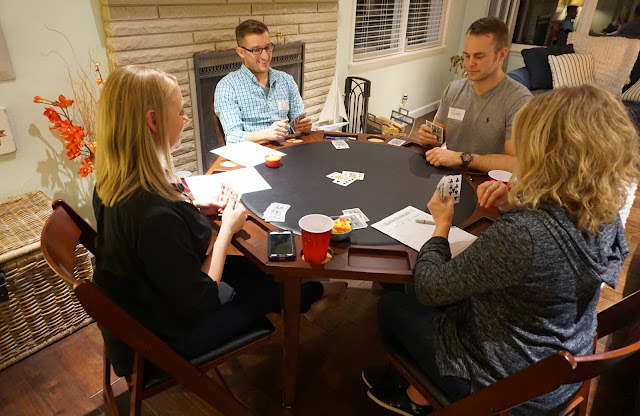 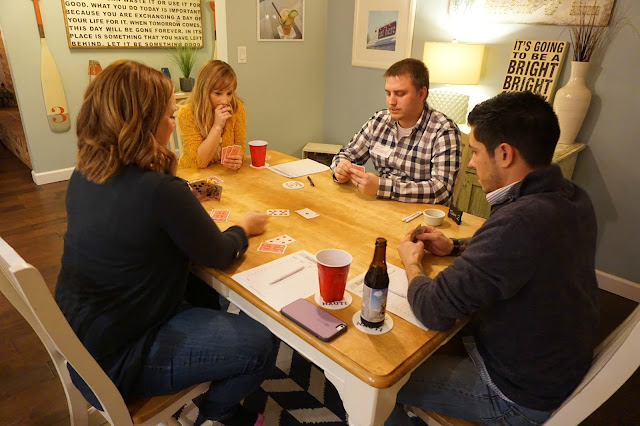 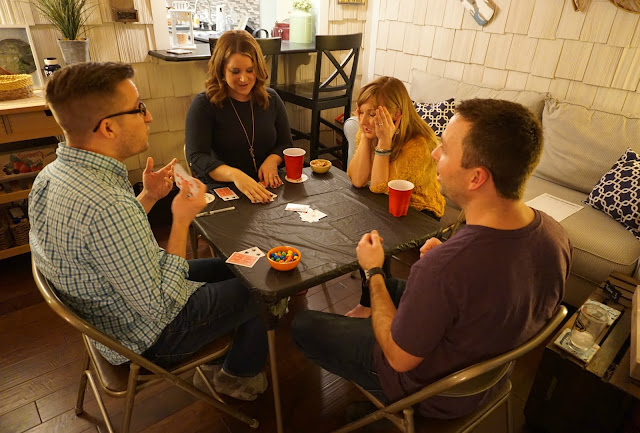 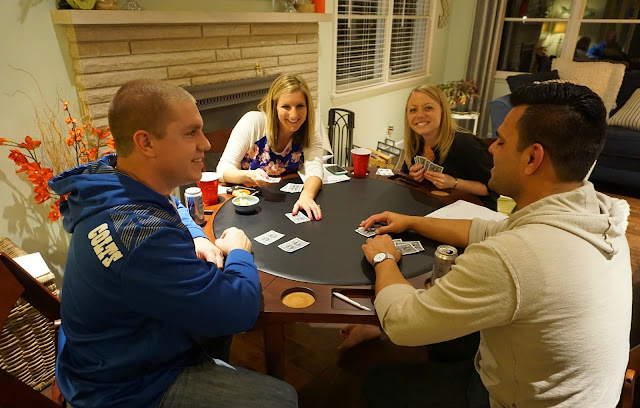 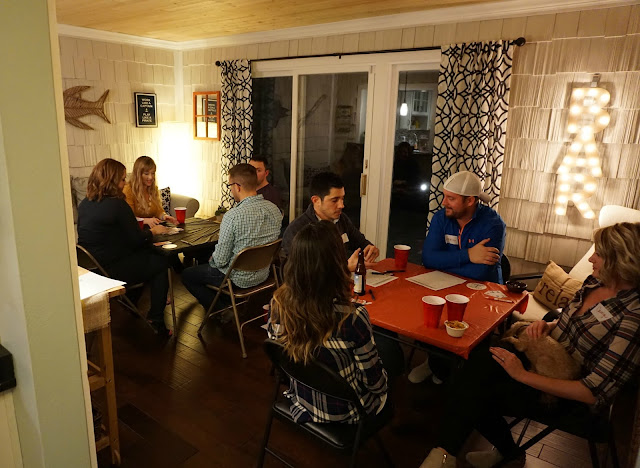 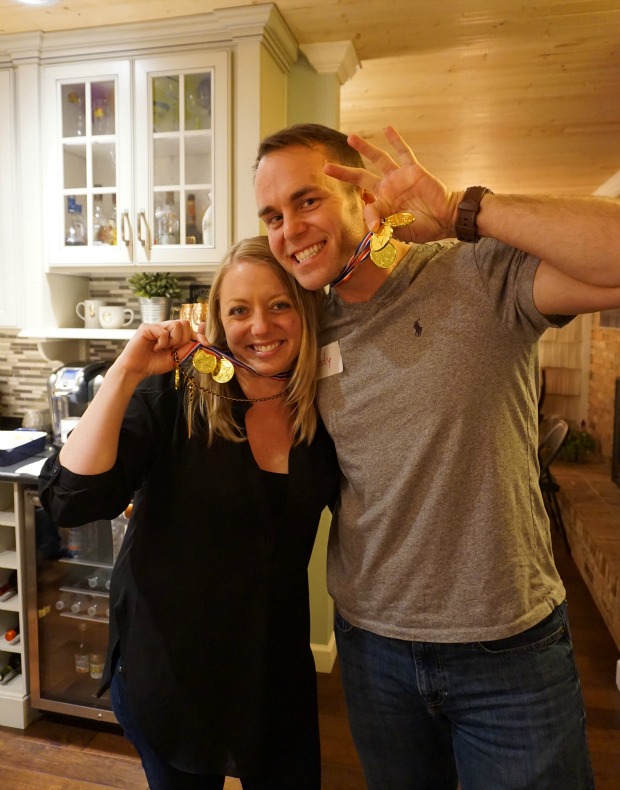 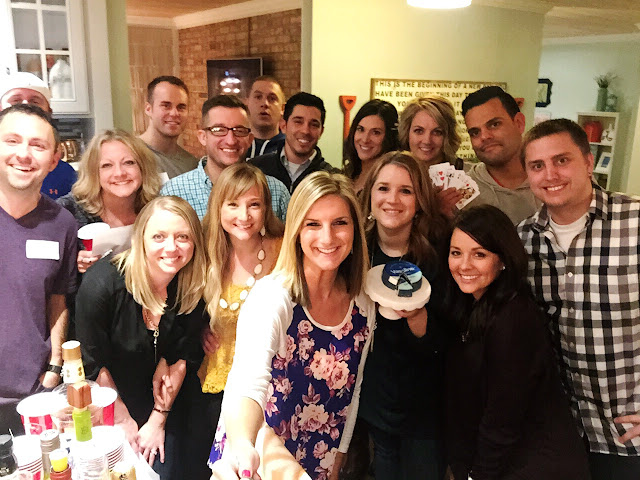 And there you have it, how to throw a euchre party – now go do it, you haven’t experienced fun until you do.
for your pinning pleasure —