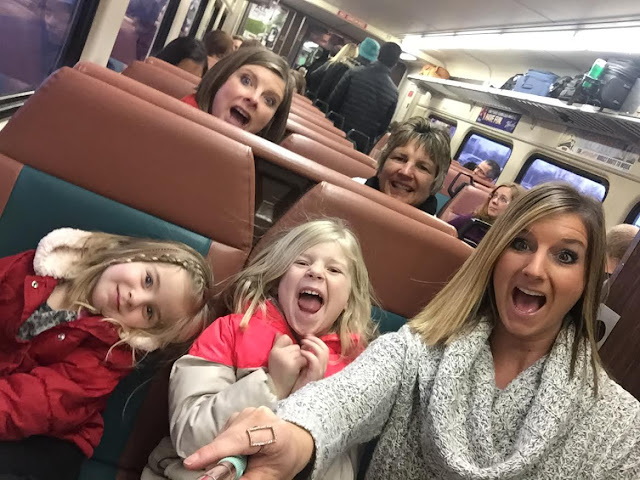 sweater :: RD Style [found here] – received via Stitch Fix
perfect with leggings so it’s always my winter go-to
Dear people of Chicago,
I understand that you may not be used to 5 women from small town Indiana running semi-frantically all around you, making snow angels on your fancy showroom rugs, performing Frozen songs in the middle of your stores for your guests to enjoy or children hanging out under your white table linen adorned dining tables, but it is my assumption that you now are.
And for that, you are welcome.
This past weekend my mom, sister, nieces and I aboarded the crazy train and headed to Chicago for a fun filled day of adventures where we managed to not get shot, lost, or mugged for a day full of nothing but girl stuff.
My mom is a gem of a gem and gifted us with an adventure for part of our Christmas present to go see The Lion King on Broadway, so off we went for the day. 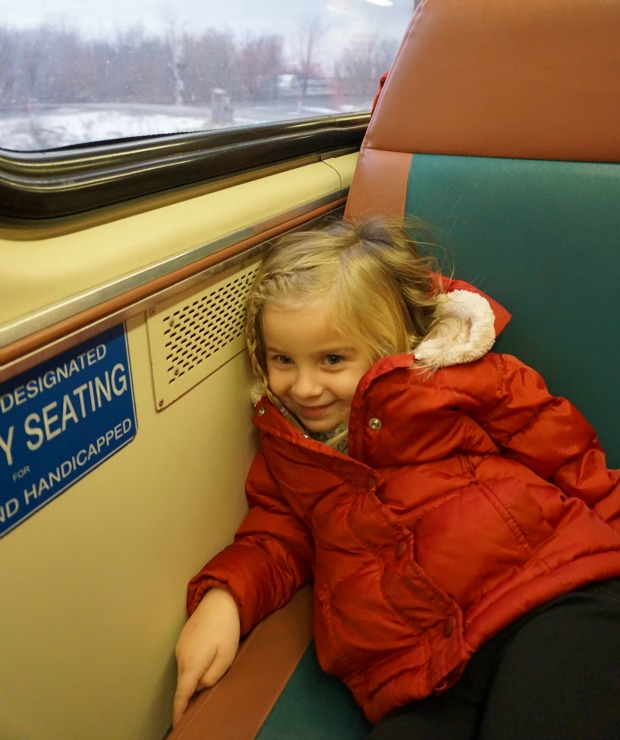 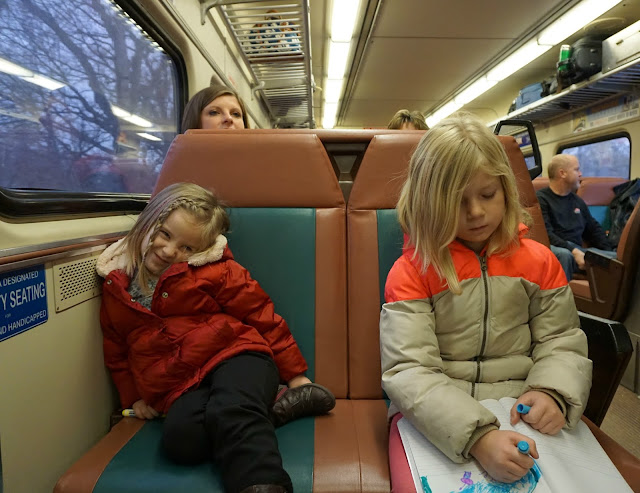 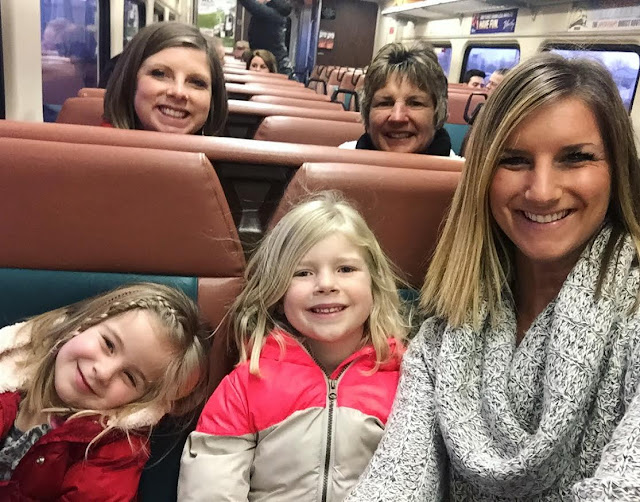 A couple hours later and waaaaaaa-la, we had reached the windy city. 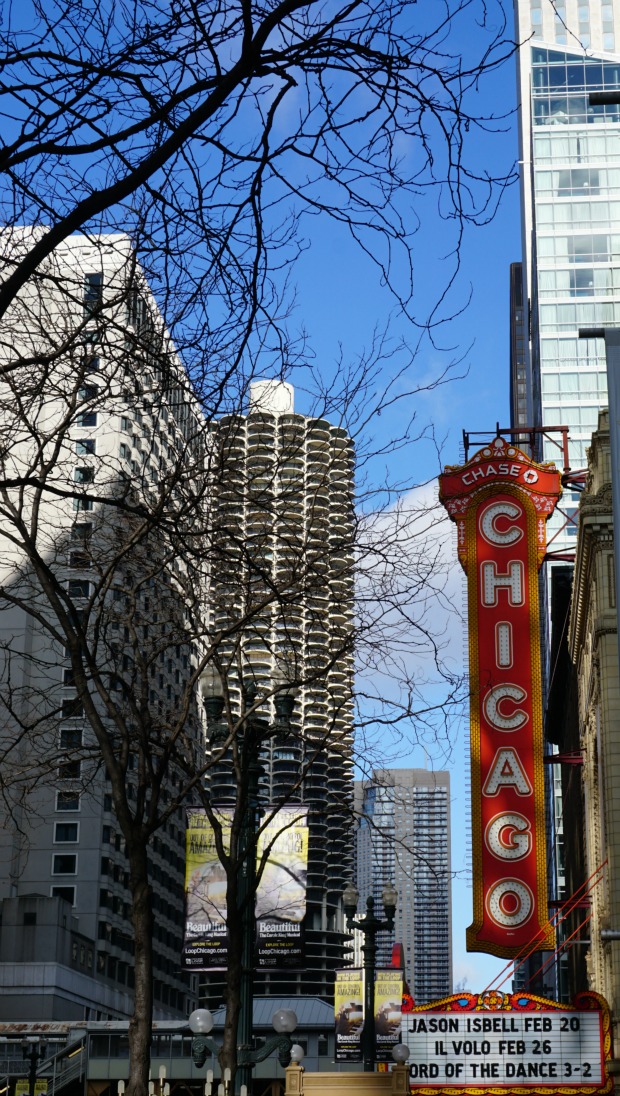 Upon arrival we were greeted by a street puppet performer which would later be deemed as “better than the lion king show” by the youngest of the two girls. As an adult, it is at this point in time that you question everything you have ever purchased for a child and why in the world you spent so much doing so. 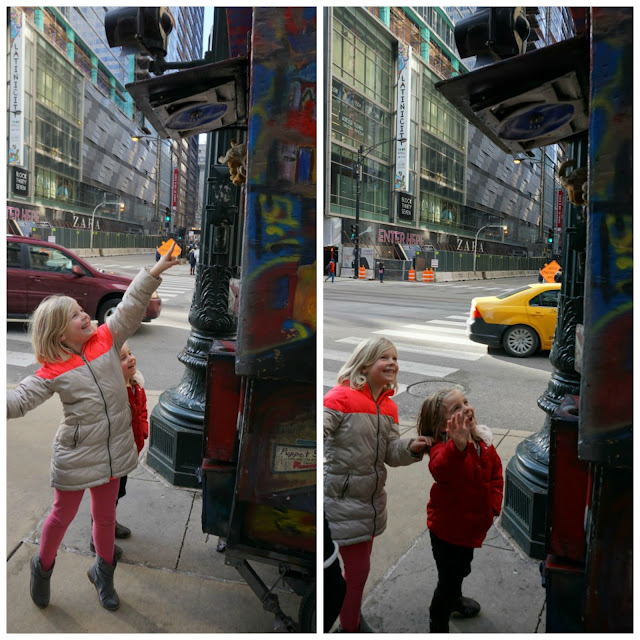 After freezing our hypothetical nuts off, we made our way to the walnut room for a grand ole lunch complete with daiquiris and carbs, just all of the typical stuff you lose weight on. 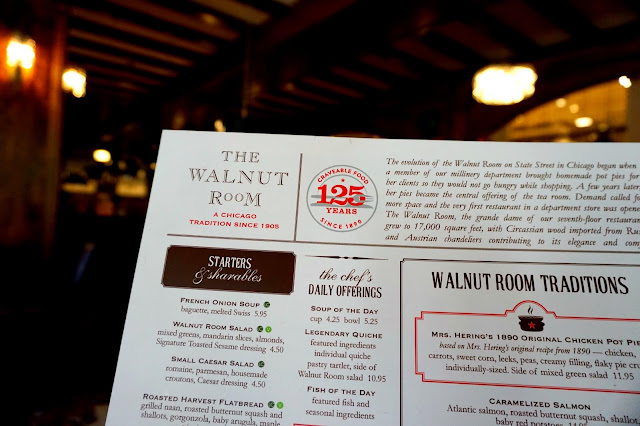 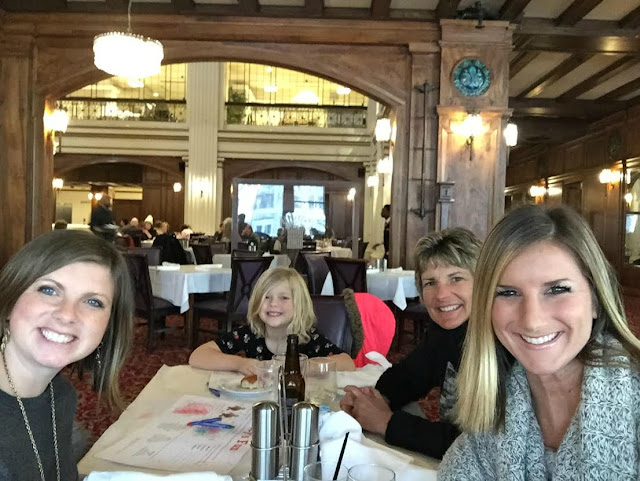 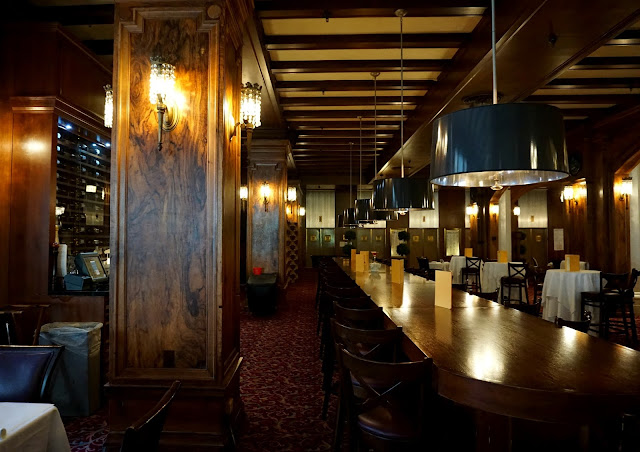 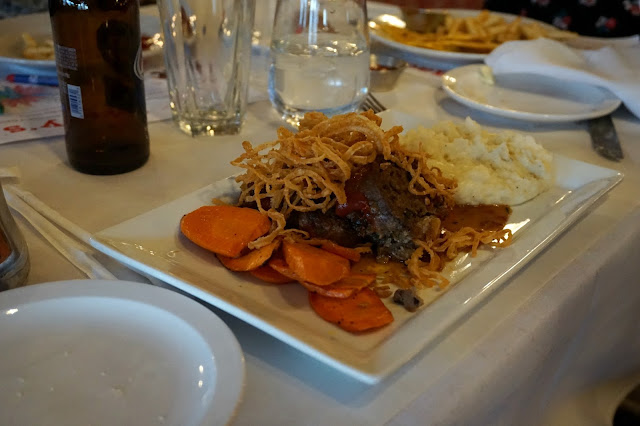 Because it was a nice joint, we had to all act on our best behavior and only try to stick our bodies through one side of each other’s puffy vests and not both. Buzzkill I know. 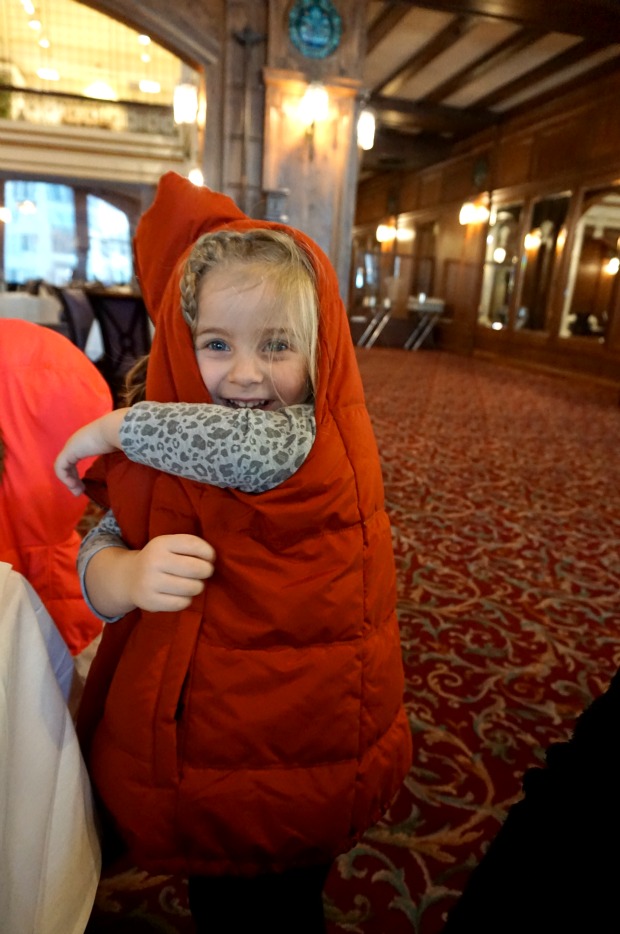 After lunch we had some time to kill so we did what any responsible human should do and ran to the home section at Macy’s and then flung ourselves all over the rugs to make snow angels while declaring loudly “THIS IS THE BEST DAY EVEEEEEEEEEEEEEEEEEEER!!” 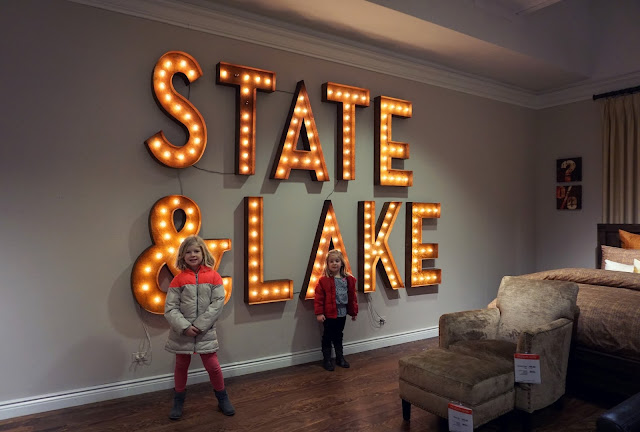 Because the home department didn’t necessarily welcome our arrival with the same excitement we welcomed it with, we ventured off to the beauty section and decided it would be here that would make for a good place to welcome store guests with every Frozen song known to man-kind, dance moves and all. When you’ve got it, flaunt it. 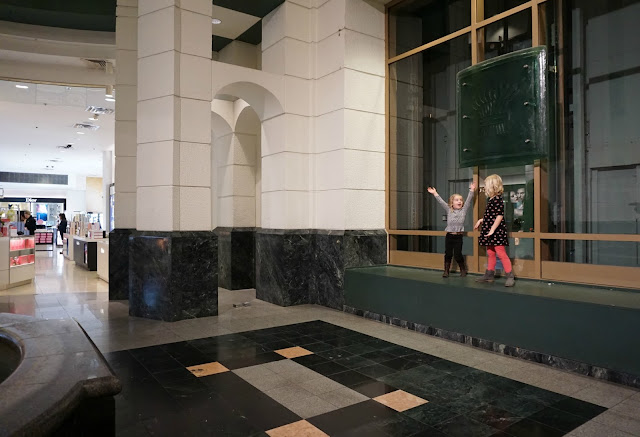 Before we knew it, it was time to hit the pavement to make it over to our grand event for the day…. 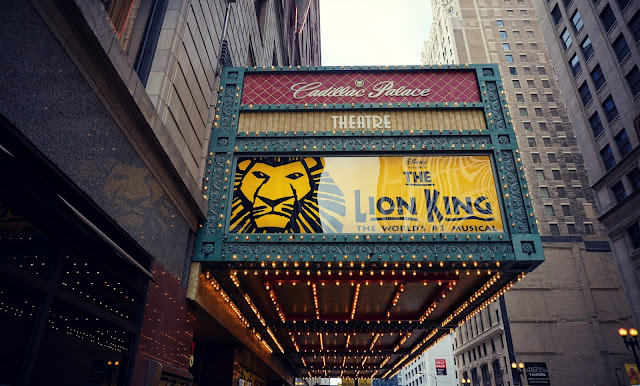 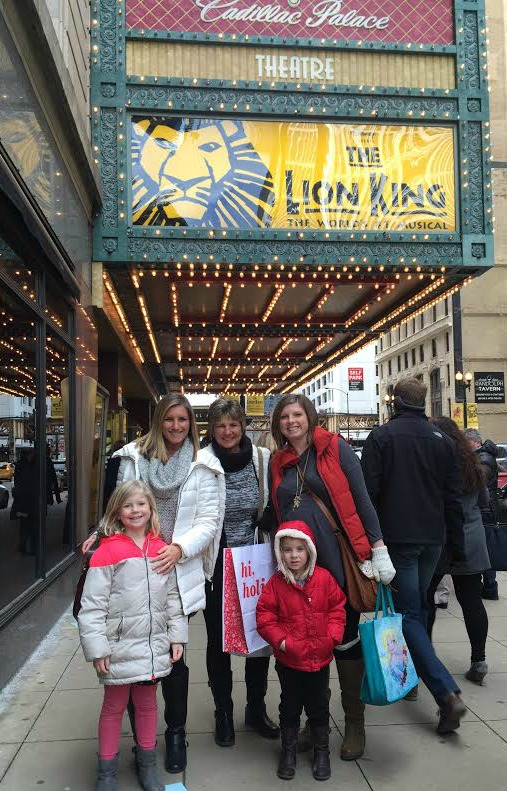 THE LION KING!!!!!!!!!!! Because absolutely no pictures were allowed to be taken during the show, I only took several. I really need to stop obeying so much. 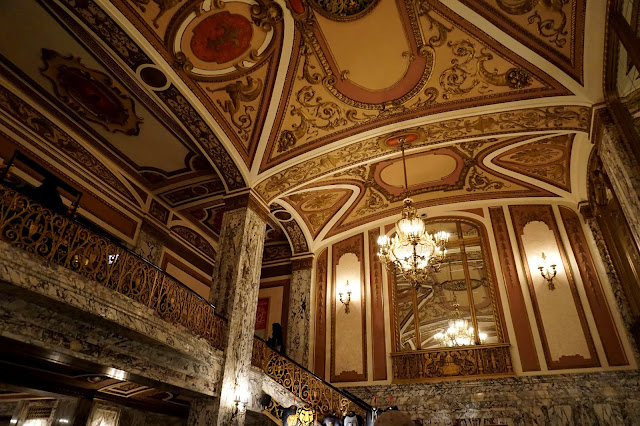 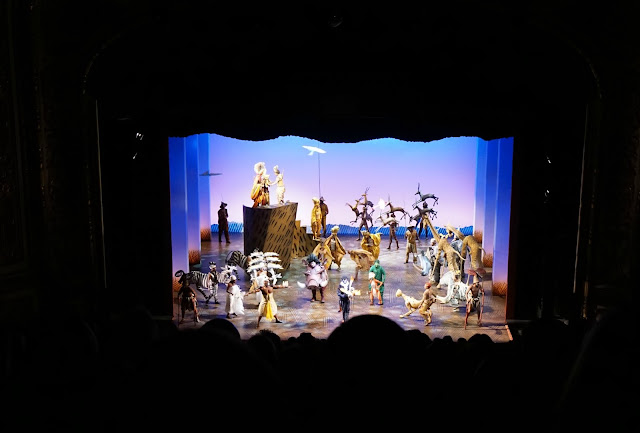 It was such an awesome performance and aside from sweating our insides out we all absolutely loved the show and stayed enthralled the entire time <– this is a miracle with children who have to pee, eat, drink, talk, clap, sing, crawl on the floor and do everything else every 30 seconds. If I would have known all it took was an entire African safari to calm children down I would have bought a giraffe and lion years ago.

A few quick stops before hopping back on the train and back in Indiana we were, exhausted but excited after a great girls day spent together. Cue the hearts and kissy faces. 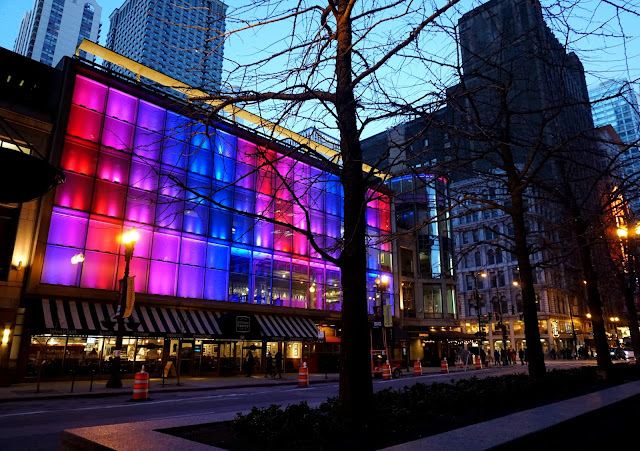 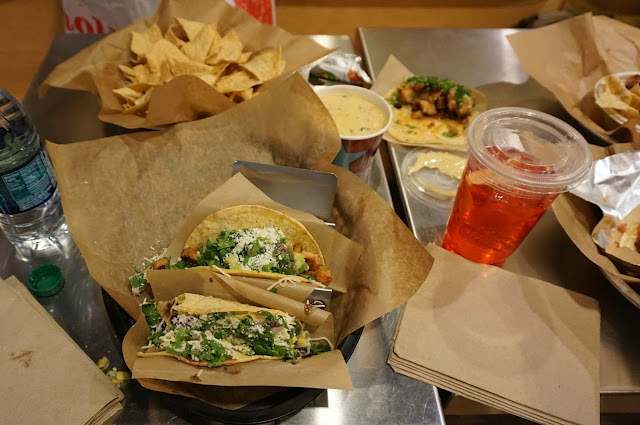 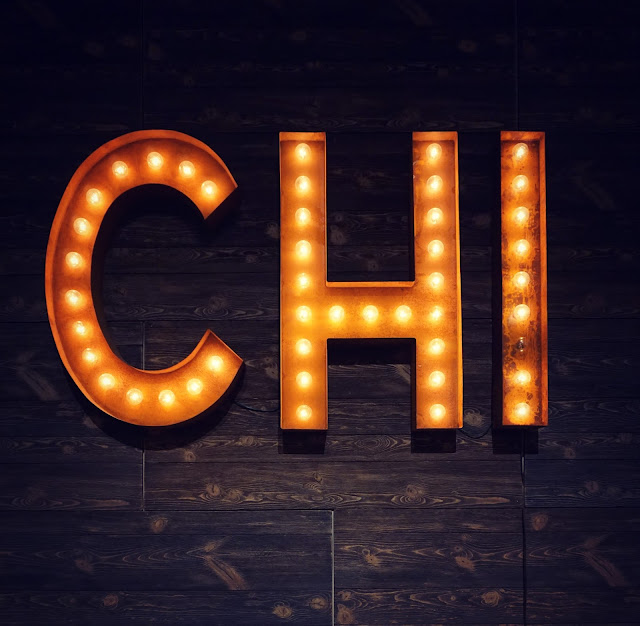 the majority of photos in this post [minus the grainy iPhone ones] were shot with my sony a6000
Thanks mom for such a fun day out – we are the luckiest to have you!